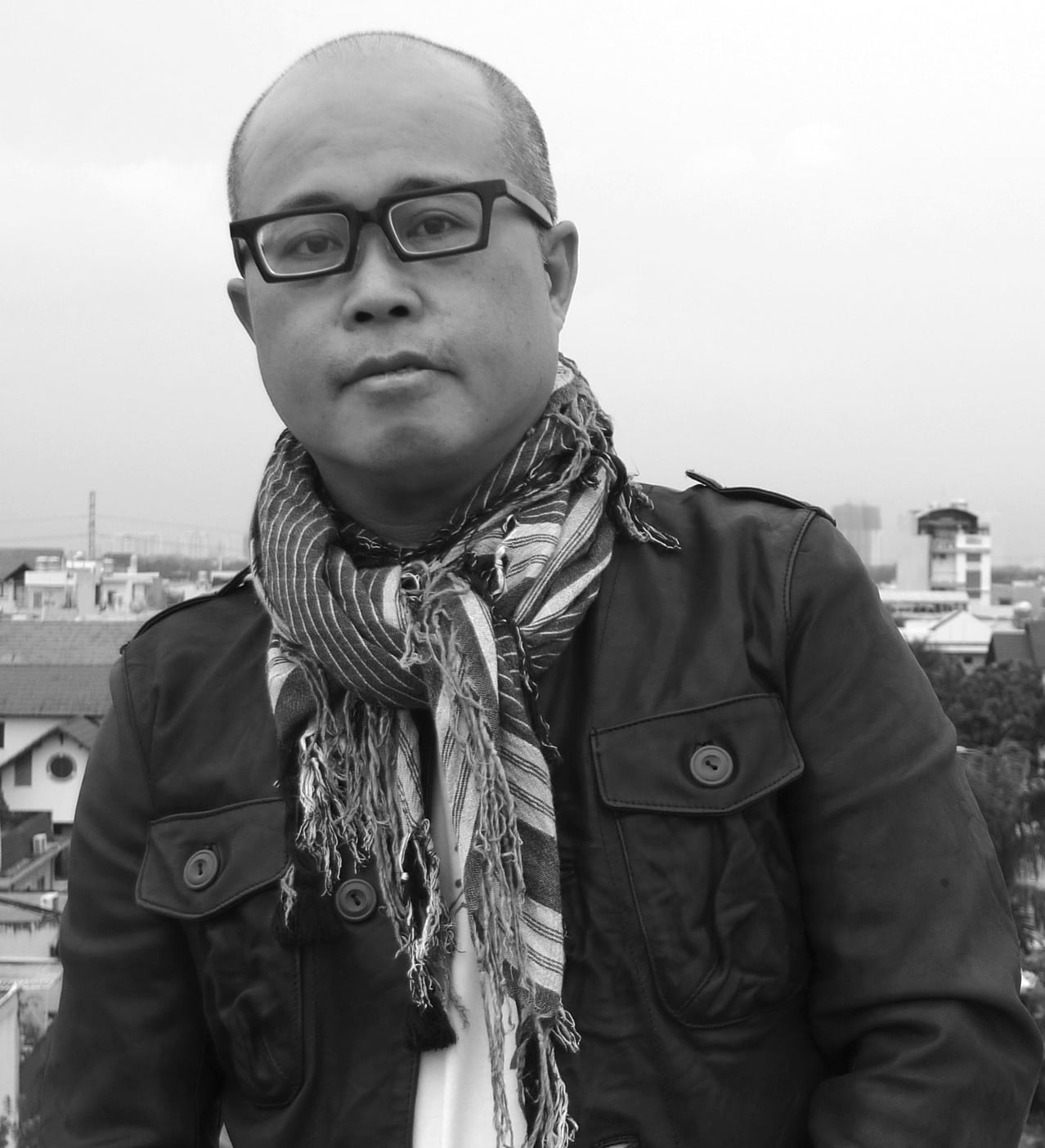 Dinh Q. Lê was born in Ha-Tien, Vietnam.  He received his BA in Art studio at UC Santa Barbara and his MFA in Photography and Related Media at The School of Visual Arts in New York City.  In 1994, Lê returned to Vietnam and in 1997 Lê settled down in Ho Chi Minh City.

Lê’s artistic practice consistently challenges how our memories are recalled with context in contemporary life. Whether he provokes the dominance of film and media in the creation of historical legacy; the confluence of cultural tradition and contemporary tragedy in his woven photographs; the re-placement of everyday urban objects into artistic wonders; or by documenting the un-chronicled stories of those who endured the first helicopter war – what all of these artistic investigations elucidate is a commitment to the artistic process as a means of excavating history, in the uncovering and revealing of alternate ideas of loss and redemption.

Besides being an artist, Lê also co-founded Vietnam Art Foundation-VNFA based in Los Angeles, an organization that supports Vietnamese artists and promotes artistic exchange between cultural workers from Vietnam and around the world.  Through funding from VNFA, Lê co-founded San Art, the most active not for profit gallery and residency program in Vietnam. He is currently on the Arts Network Asia Peer Panel, board member of Danish Embassy’s Cultural Development and Exchange Fund (CDEF) in Hanoi, Asia Society Global Council, and Guggenheim Asian Council. Lê was awarded the 2010 Visual Art Laureate, Prince Claus Fund, Amsterdam. Lê is the current recipient of the Rockefeller Foundation’s 2014 Bellagio Creative Arts Fellows.