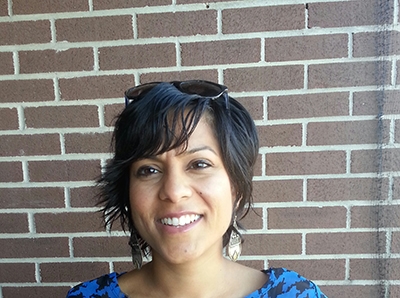 Srimoyee Mitra’s talk will address Border Cultures, a curatorial experiment and an exhibition-in-progress at the Art Gallery of Winsor, whose objective is to examine the complex and shifting notions of national boundaries through contemporary art practice. Conceptualized in three parts – Part One (homes, land), 2013, Part Two (work, labour), 2014, and Part Three (security, surveillance), 2015 – the exhibition is a platform to engage in a dialogue between critical art practices, ideas and scholarship that bridge gaps between art and activism, documentary and conceptual art practices, participation and performance. Following a multi-layered, multi-centered approach, the overall goal of Border Cultures is to help build a discourse that expands mutual understanding and respect for diverse cultures, communities and people subject to the dominant, colonial narratives of nation states.

Bio: Srimoyee Mitra is the Curator of Contemporary Art at the Art Gallery of Windsor.
From 2008-2011 she was the Programming Coordinator of South Asian Visual Arts Centre (SAVAC) in Toronto where curatorial projects included Crossing Lines: An Intercultural Dialogueat the Glenhyrst Art Gallery, Brantford. She has worked as the Art Writer for publications in India such as Time Out Mumbai and Art India Magazine and her writing has been published in Prefix Photo, Scapegoat Journal, Fuse Magazine and C Magazines. Her exhibition Border Cultures: Part One (homes, land) was awarded the 2013 Exhibition of the Year at the 36th OAAG Awards.