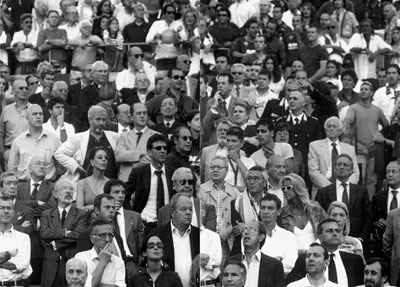 Lyle Ashton Harris is an artist who works in video, photography and performance. His work has been exhibited at the Guggenheim Museum, the Whitney Museum of American Art, the Corcoran Gallery of Art, the Institute of Contemporary Arts in London, the Kunsthalle Basel, and the Centre d’Art Contemporain in Geneva. During 2000 and 2001, Harris was a fellow at the American Academy in Rome. He has received numerous awards for his photography and is currently represented by CRG Gallery in New York. Harris’ photographs have also appeared in international magazines, including The New York Times Magazine, Newsweek and Vibe.